One of my favorite Stephen Boyd co-stars is the mysterious and charming Françoise Dorléac. She was the elder sister of French actress Catherine Denueve (They starred jointly in “The Young Girls of Rochefort”). Françoise was the initial star of the pair, and she herself was featured in a handful of films, but she was very memorable in each one. She was in a great action-comedy called “The Man from Rio” with Jean-Paul Belondo, a Truffant drama called ‘Soft Skin’, one of the Harry Palmer Michael Caine spy movies called ‘Billion Dollar Brain’, a spy spoof with David Niven, and the brilliant Roman Polanski film ‘Cul De Sac’ with Donald Pleasance.  But as a major international release, ‘Genghis Khan’ with Omar Sharif and Stephen Boyd was an important movie for her. In the film, sporting luscious blond bangs, she plays a Mongolian princess Bortei. (I know, she is not remotely Asian, nor is anyone else in this movie, which makes it so quirky!). She does a marvelous job as the strong-willed yet still vulnerable beauty who comes between Boyd, the ruthless villain Jamuga, and Sharif, who plays the ‘hero’ as the quite reformed Genghis Khan. Jamuga’s abduction of Bortei and the subsequent chase, fight and rape scene across the fur carpets of his Mongolian yurt, with Dorléac kicking and gasping, is a brutal but very memorable scene. Jamuga is definitely one of Boyd’s most entertaining and ruthless screen villains, and as Bortei bears his son, it makes for even more drama later in the film between Jamuga (Boyd) and Genghis Khan (Sharif).

Sadly, Françoise Dorléac died in a gruesome car accident in the south of France at the age of 25, cutting short what could have been a most fascinating career. She has been staying with her sister Catherine Denueve in St. Tropez, and on a rainy morning, June 26, 1967. she took off in her blue Renault with her pet Chihuahua. She was trying to catch a plane in Nice, and she was late. Her car skidded on the rainy road and crashed into a cement pole, instantly bursting into flames. A witness saw her struggling and tried to help, but the flames engulfed the car and she burned to death. It took 2 hours for the rescue unit to get her body out of the vehicle.  This year, 2017, will have been 50 years since her death.

Here as some pictures of Françoise Dorléac with Stephen Boyd and Omar Sharif in the very entertaining movie ‘Genghis Khan’ from 1965. 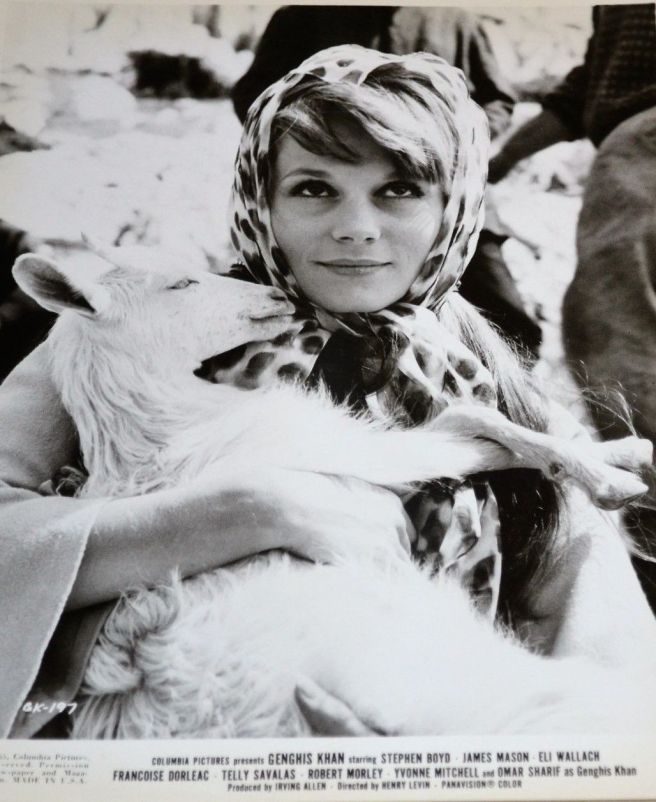 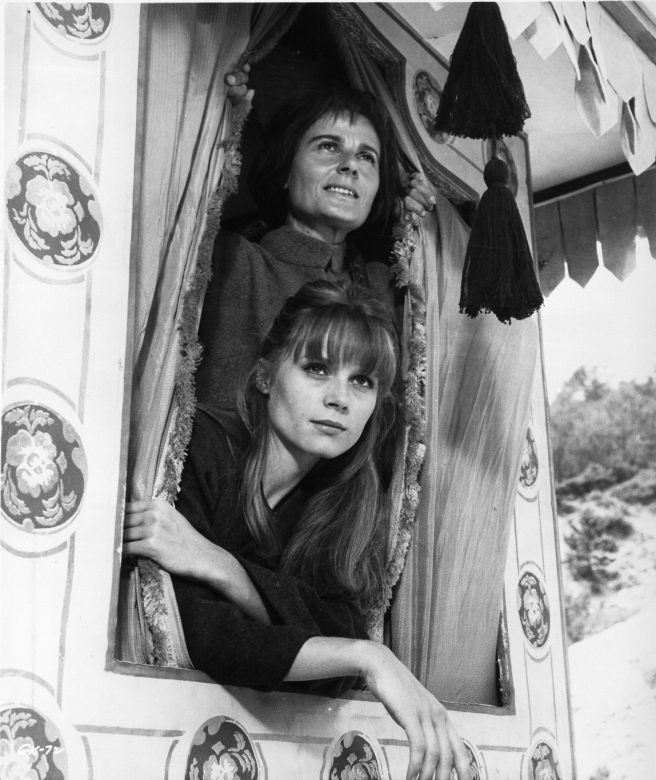 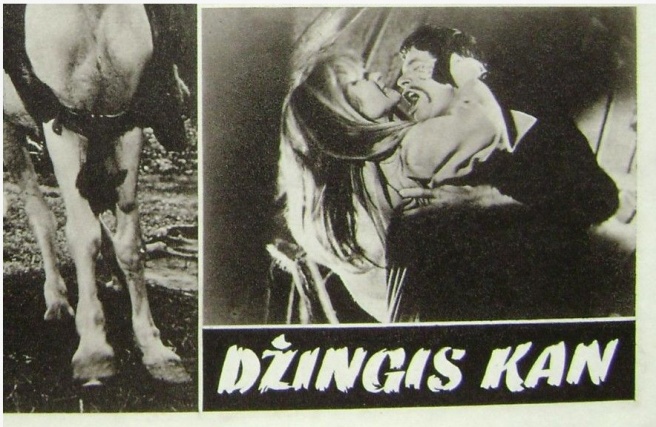 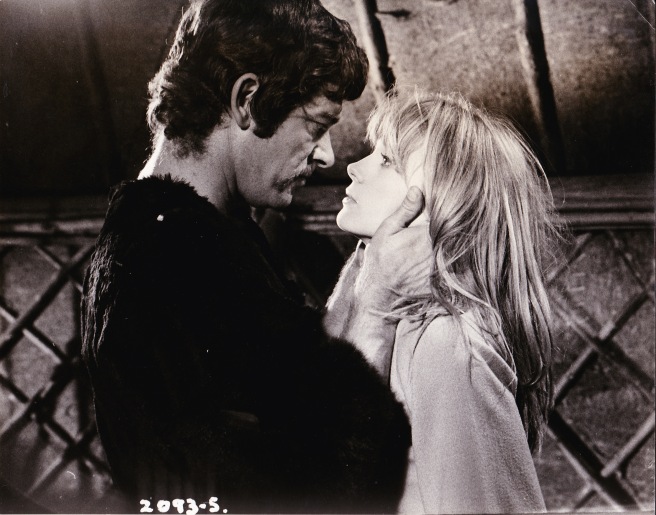 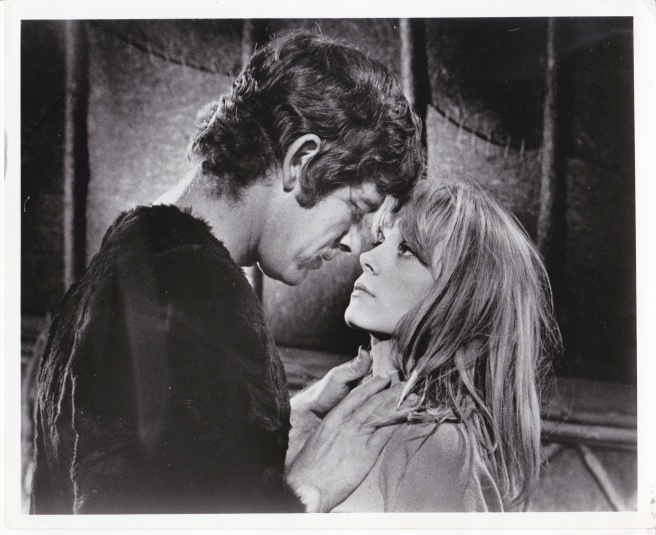 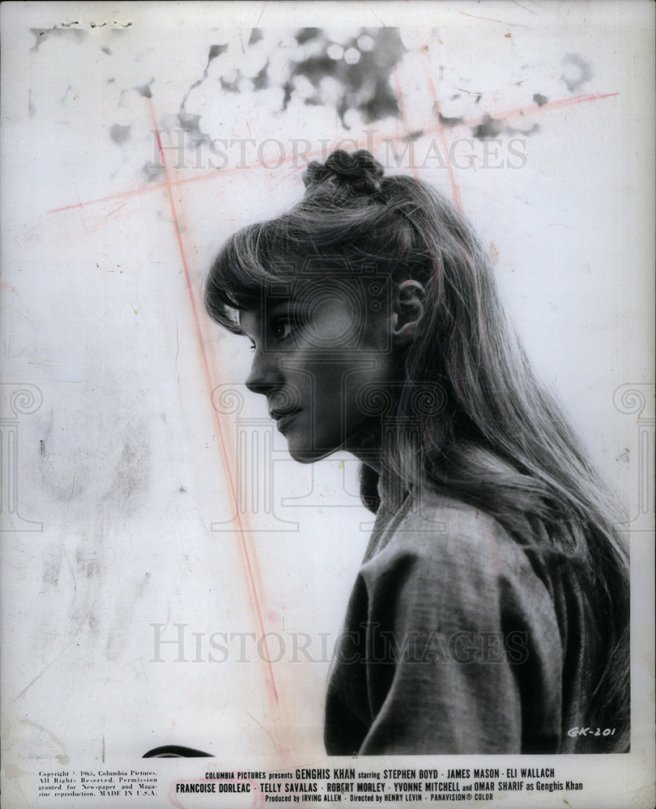 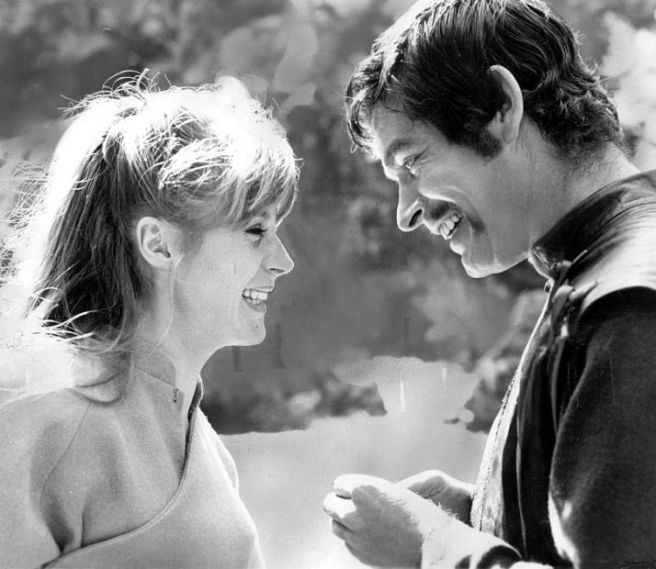 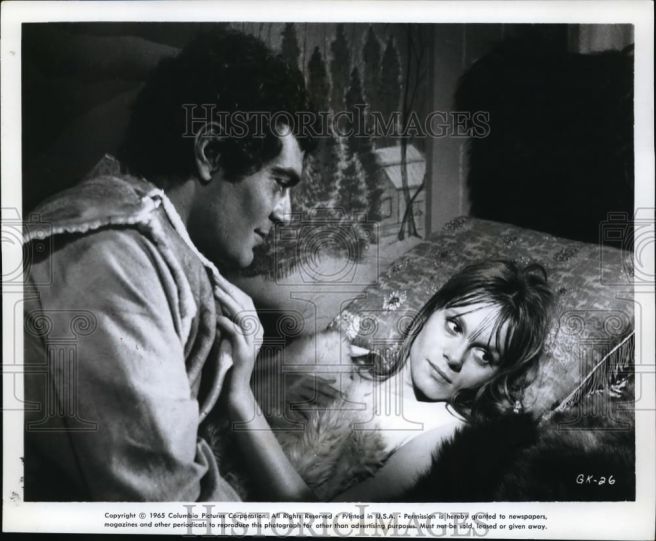 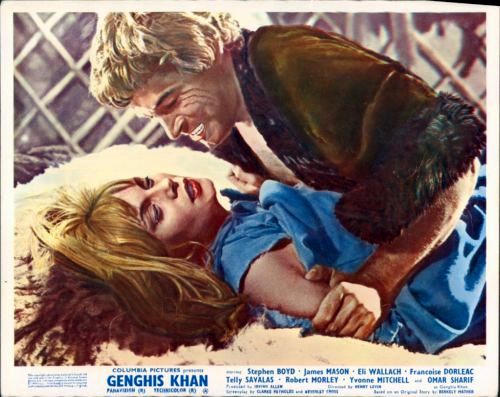 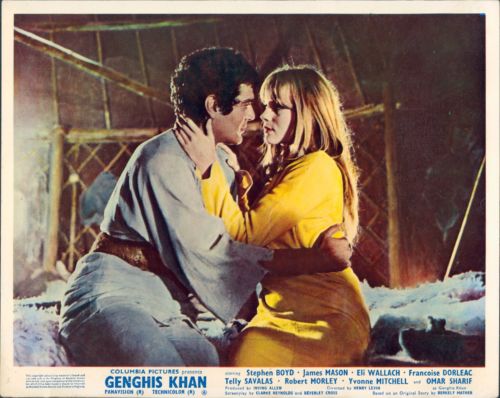 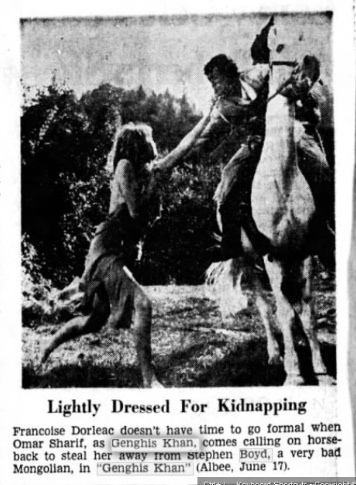 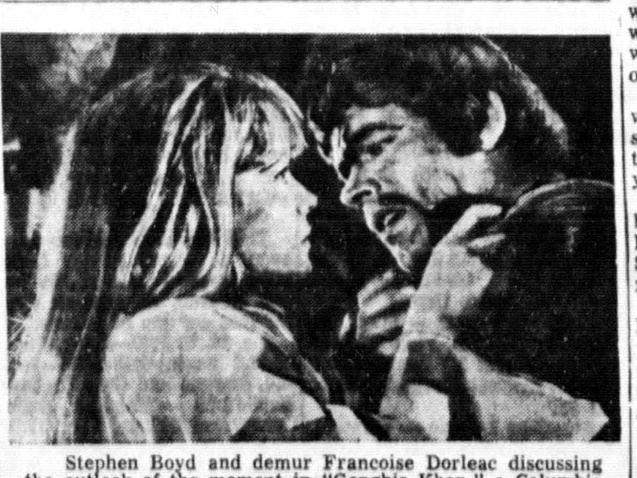 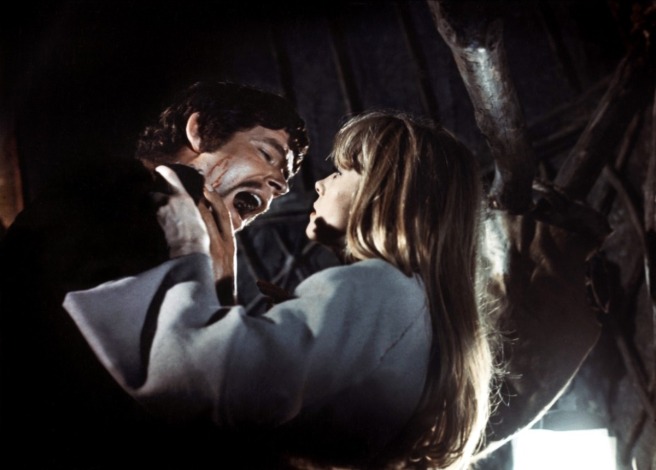