Easter is almost upon us, and that means it’s Ben Hur time! TCM will be airing Ben Hur on Sunday afternoon, April 16th, 2017. To celebrate, here are some pictures of Stephen Boyd during the filming and promotion of the epic classic, Ben Hur, from 1959.

A tall order –  Six footer Stephen Boyd gets to test out a plumed Roman helmet for size.

Ready for the cameras to roll – Messala comes to life! 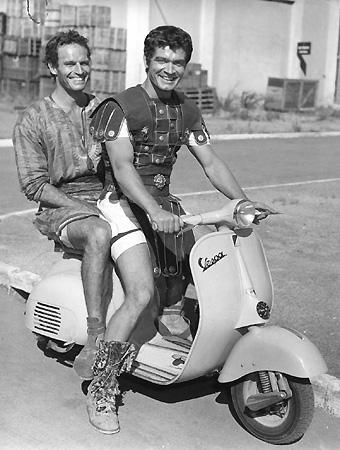 Friendly adversaries : Heston and Boyd pose for the press on a Vespa in the back lot of Cinecitta Studios in Rome.