This is a crazy mix of pictures. Half of them taken circa 1972 when the movie was first filmed, and the 2nd half (with the older Stephen sporting the mustache) taken in 1976 when the movie ‘The Treasure of Jamaica Reef’ was reissued as the ‘Jaws’ inspired “Evil in the Deep.”  The cozy love scene with Cheryl Ladd never made it into the final cut of the film (darn it!), and the brunette posing with Stephen, Wendy Douglas, was an actress who was featured very briefly in the added ‘horror’ scenes which bookend “Evil in the Deep”. And then there is a random picture of Stephen next to a very big, old computer, which looks more like a “Fantastic Voyage” still! 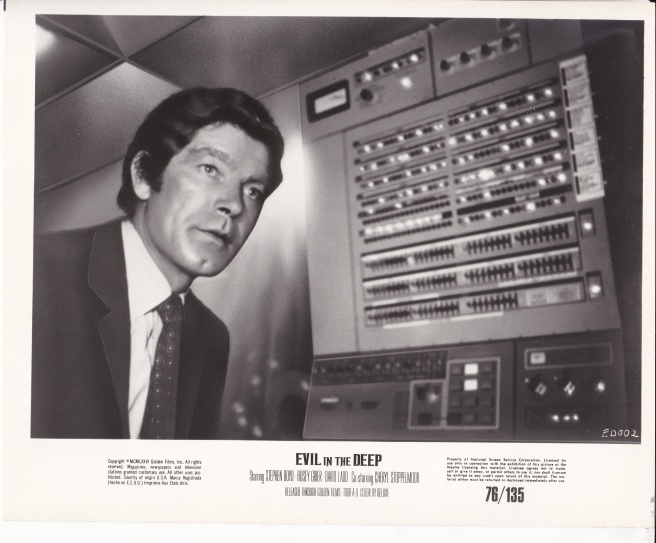 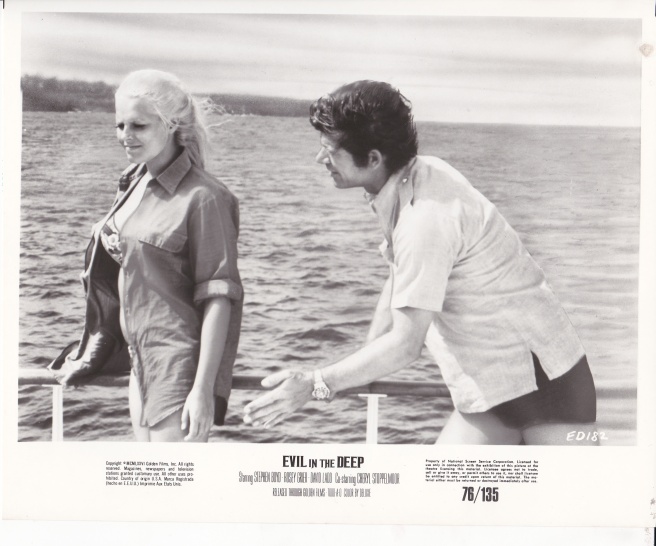