Apparently 20th Century Fox’s “The Big Gamble” is airing in the UK right now, so I thought I’d post a few photos from the film. It’s one of my favorite Stephen Boyd movies, and it’s a shame it hasn’t been released in it’s full wide-screen splendor on Blu-Ray! Juliette Greco, the fantastic French chanteuse, is delightful, as is David Wayne. It’s also a perfect role for Stephen Boyd’s rugged Irish demeanor. The film was made in various locations – Ireland,  Southern France, and the Ivory Coast of Africa – during the spring and early summer of 1960. Read more about The Adventure of filming “The Big Gamble” here. Of all people, the delicate but intrepid Juliette Greco made not one – not two- but three drama/ adventure movies in Africa! Talk about the African Queen! The films are “The Naked Earth” (1958 with Richard Todd),  “Roots of Heaven” (1958 with Trevor Howard) and “The Big Gamble” (1961).

Be sure to VOTE for the AFRICAN ENTERTAINMENT BLOGS AWARD! 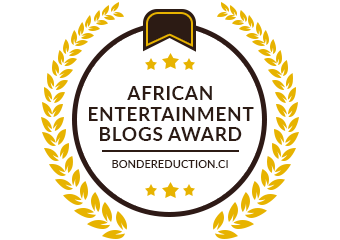 Be sure to visit my Archive Page for many more magazine scans….

Stephen has green eyes, red-brown hair and hits the screen with the impact of a cinema-scope H-bomb. “I like Steve because he sweats,’ confided a frank young miss. “‘He makes other actors look like department store dummies. He’s rough, manly.”

An American girl invited me to lunch with her and I told her I couldn’t because I was having lunch with Stephen Boyd. She went into ecstasy. “I envy you. Stephen Boyd is wonderful. I love him because he sweats. He is such a man he makes all the other young actors look like department store dummies.”

I hadn’t noticed that Stephen Boyd perspired –but I have noticed that he is an actor with masculine magnetism and is getting roles in which he can  exhibit his physical appeal as well as his acting ability.

“The Big Gamble” he said, “is an adventure story with humor about a red-headed Irish seaman, his high-spirited Corsican bride and his meddling bank-clerk cousin when they try to establish a trucking business on the Ivory Coast of Africa.” He thinks they another “African Queen.”

Making the film was a rugged adventure for Boyd and his co-stars, Juliette Greco and David Wayne. It was photographed in actual locations, and living in Africa wasn’t exactly as comfortable as living in Paris where polishing and dubbing is being done.

The amazing French chanteuse! Juliette co-starred with Stephen Boyd in the 1961 adventure film “The Big Gamble”.

Stephen Boyd was forever grateful to co-star David Wayne in the summer of 1961 while filming “The Big Gamble” on the Ardeche River in southern France.  This 1961 “Motion Picture” magazine article below tells the dramatic story of Stephen’s very close brush with death. Thank goodness David Wayne was a good swimmer! Stephen also told the story himself in late 1961 while guest starring on the “What’s My Line?” TV show.