The time frame of when this movie was filmed is hard to place, but I believe it was filmed during 1970 in Italy and in Amsterdam. It represents a shift in Stephen’s career when he started to have more film offers in Europe than in Hollywood. He is joined by another studio star from the 50-60’s, actress Carroll Baker. This is a typical ‘Giallo’ Italian crime/mystery than involves a stolen diamond, doppelgangers, and some familiar character actors from this Italian film era. Carroll plays Julie/Mary Harrison, a pair of twin sisters, one good, one evil. Stephen plays Dave Barton, a lawyer who befriends Ms. Harrison in an attempt to find out what she is hiding, which turns out to be a stolen diamond. It is worthwhile in itself to see Baker and Boyd together on screen, even though it’s after their studio hey-day.  There are also lots of classic early 70’s decor and wardrobe moments in this movie. Carroll Baker seems to wear a new style wig in every scene- including a bright blue one! Stephen plays a fun part in this film- he is neither the hero nor the villain, but somewhere in between. He also pulls off one of his sleazier film characters as he seems to be undressing his female costars with his eyes throughout the movie. He has some great scenes with Lucretia Love, who plays Carroll Baker’s flirtatious secretary. The movie ends with you still wondering who tricked who at the end of the it all! For more about Carroll Baker, visit this great website, https://babydollcarrollbaker.wordpress.com/about/ 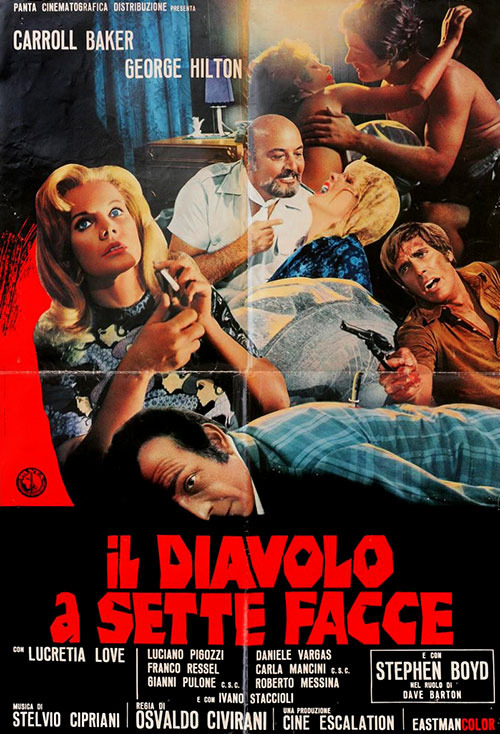