I really like this short mini bio! Nice screen shots from The Fall of the Roman Empire as well………(my favorite!)

Stephen Boyd passed away on June 2, 1977, in Granada Hills, California, from a heart attack. Boyd died shortly after completing a guest role on the popular TV series, HAWAII FIVE-O. He had a heart attack while playing golf.

In 1956, Boyd signed a seven-year contract with 20th Century Fox. Stephen Boyd’s first role in a motion picture was portraying an Irish spy in the movie, THE MAN WHO NEVER WAS.

Stephen also received a nomination for his role in the movie, LISA.

Stephen Boyd is best known for his roles in several historical epics, including: THE FALL OF THE ROMAN EMPIRE, THE BIBLE, and, of course, BEN-HUR.

Stephen Boyd with his co-stars in FANTASTIC VOYAGE (1966). 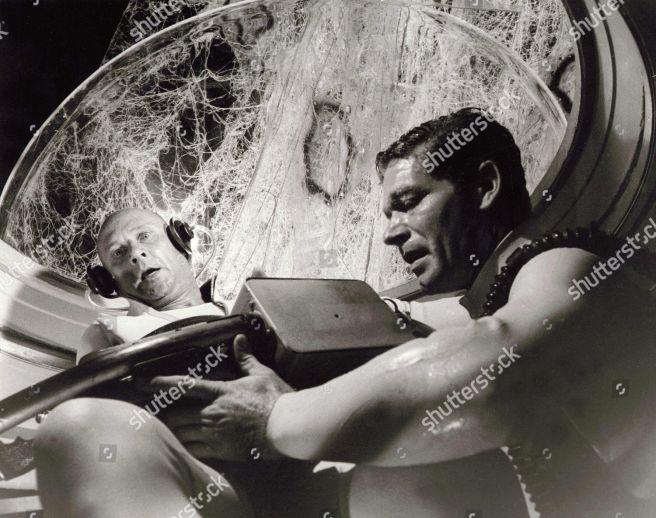 I alway love to see when FANTASTIC VOYAGE gets a little love. It is such an amazing science fiction movie! And seeing Stephen Boyd in that splendidly form-fitting zippered white wet-suit is always worthwhile as well. Yes, my heart skips a beat! 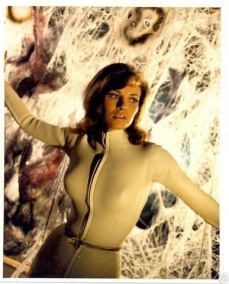 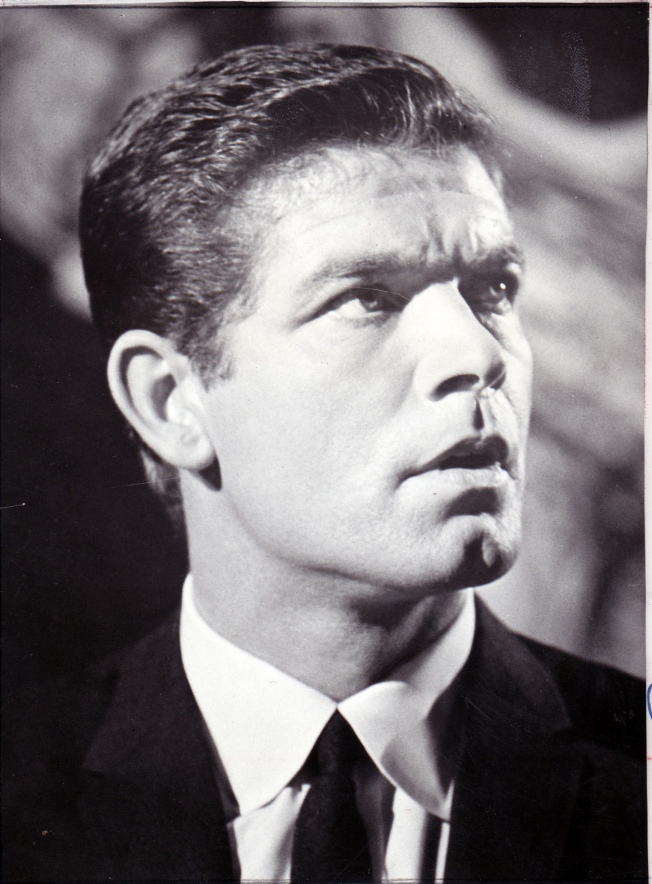 Boyd Back to ‘Civvies’

from the Republican and Herald, Pennsylvania, March 26, 1965

HOLLYWOOD – It’s a pleasure to track down Stephen Boyd on a movie set. The search can take you anywhere from Rome for “Ben-Hur” to downtown Los Angeles for his current “Fantastic Voyage.” But it’s a long time between his Hollywood-made films. And he’s one of those rare guys who’d like to stay at home in sunny Southern California and leave the driving (or flying) to other guys.

The last time we spoke to Boyd on the set of a Hollywood made film was “Jumbo”, on the back lot at MGM studios in Culver City. Since that time, he’s been to Italy (a couple of times), Spain, Yugoslavia, England, Egypt and Ireland.

“It seems I do nothing but travel,” he smiled. “And, as you know, I originally came to Hollywood to make my home here and to work here. But since that time, there’s been an influx over to Europe and unfortunately I’ve been a member of that group.”

Boyd wasn’t kidding about making his home in the sunny Southern California clime. The eligible bachelor, instead of making his pad one of those super-glamor places above the Sunset Strip, chose to buy his own home in the San Fernando Valley where such established family men like John Wayne live. Sure, the house has a pool- he’s a sun-lover. (One of those reasons he left the British Isles).

“I’m a true-blooded American citizen,” Boyd noted (he’s had his citizenship papers over a year), “and also a true- blooded California citizen.” He credits the last status in view of his always-handy golf clubs. Like thousands of Los Angelenos, Boyd is a golf nut. Whenever and wherever possible, he’s out pounding the turf.

“Fantastic Voyage” is a pleasure for Boyd on another count. It gives him a chance to work in civvies for a change. “I’d almost become used to getting up in the morning and putting on a dress- a toga, that is, ” he laughed. “It’s nice to be wearing long pants. I feel like a man again.”

In the film, he plays a secret service man –“a good full-blooded American,” he reiterated. But before this epic, Boyd was again in a toga, or baggy dress, playing “Nimrod” in the biggest epic of them all, “The Bible” by Dino de Laurentiis.

Boyd toils in the Tower of Babel sequences. Although he was again in biblical dress, Boyd admits the film was a great experience.

“But it’s a different-looking Steve Boyd,” he warned. “My make up took three hours every morning– false beard, false eyebrows, false eyelashes, false hair. Everything about me is false – except my heart, ” he laughed. These sequences were filmed outside Cairo as well as in the studios near Rome. 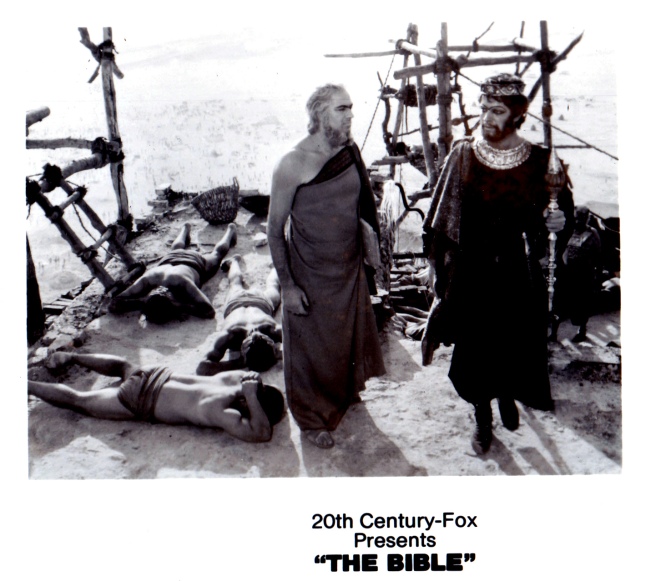 We were talking with Boyd inside the giant Los Angeles Sports Arena. As we looked down from the upper levels at the floor below (being readied for a basketball game that night), it was hard to believe Hollywood’s craftsmen had transformed the place into a Pentagon-type building for super-secret activities of deterrent force of men who could make themselves small enough to enter the human blood stream – of the enemy, that is. 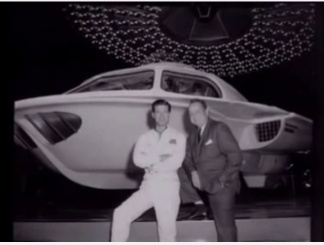 It’s a super-futuristic film, of course. It’s not outer space, we were told, but inner, inner space. Some of the equipment rented is also used in plants doing secret government work. Some of the machines are creations of the 20th-Fox engineers. It’s super-science-fiction stuff.

Talking to Steve and looking down at the floor of the Sports Arena, we wondered if he and pal Charlton Heston could run a chariot race here. “It would be kind small,” he laughed. “If Chuck Heston and I got in here we’d have to expand it five or six times the size. We’re a little too fast for these guys.”

We could testify to that – we once stood on the sidelines of the “Ben-Hur” arena in Rome when they filmed their chariot race and we still shudder, recalling those charging steeds tearing around the track a few yards away from our reporting post.

Yes, we agreed with Boyd, it’s a pleasant change to see him working in civvies – and in modern civilization again.

Be sure to check out the two below links for more rare Stephen Boyd clips and snippets, including a fantastic interview of Stephen at the Paramount Movie Studios set talking about The Oscar and his sexy co-star Elke Sommer! Below are some of the highlights.

*A video of Stephen Boyd and Hope Lange attending “The King and I” charity/benefit premiere at Graumans Chinese Theater in May of 1961. (event presented by Eight Ball foundation of L.A. Press Club – Grandeaur 70 premiere) 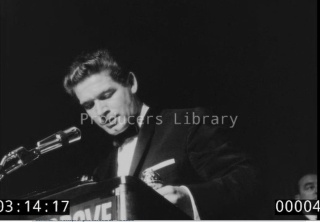 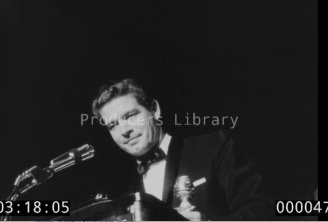 *Stephen attending the “Fantastic Voyage” premiere in Hollywood, and signing lots of autographs ala Frankie Fane! Boyd ON TOP OF THE WORLD here!

*Stephen Boyd on the Paramount Movie Set talking about co-star Elke Sommer (he REALLY likes Elke!) and his role in “The Oscar”.  I had never seen this interview before – it’s amazing! 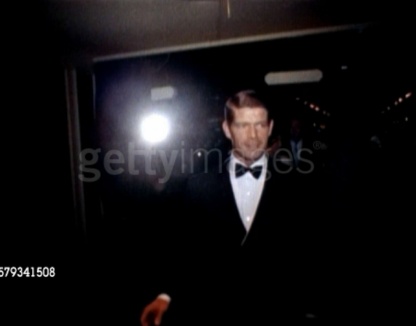 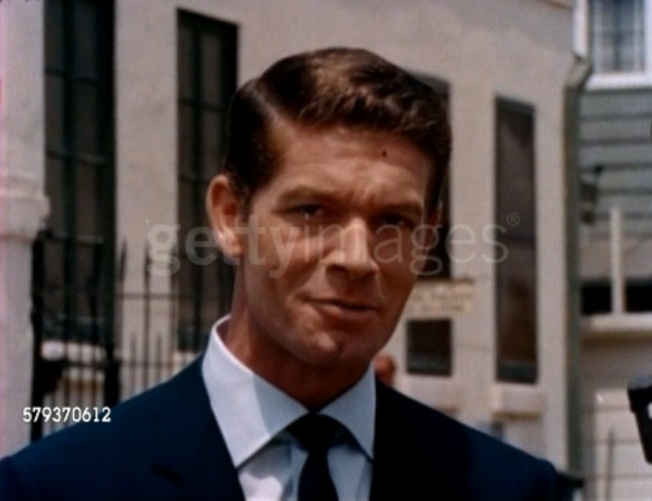 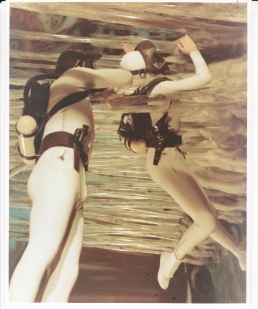 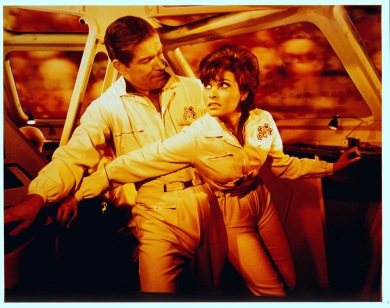 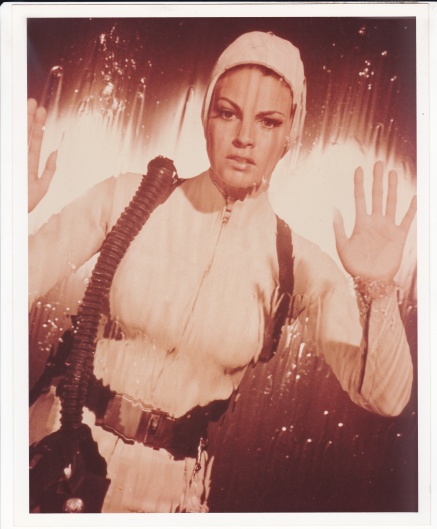 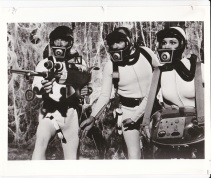 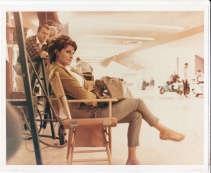 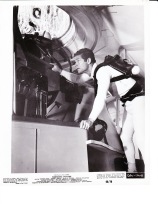 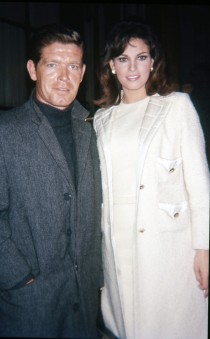 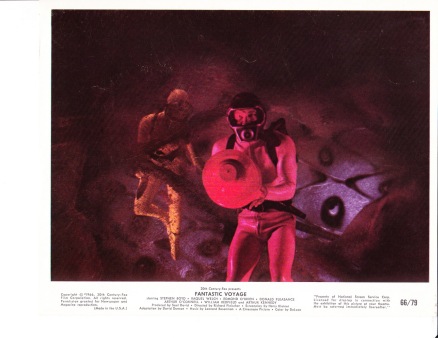 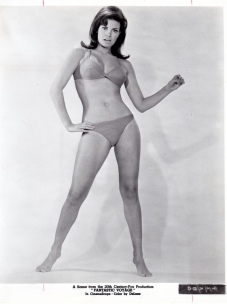 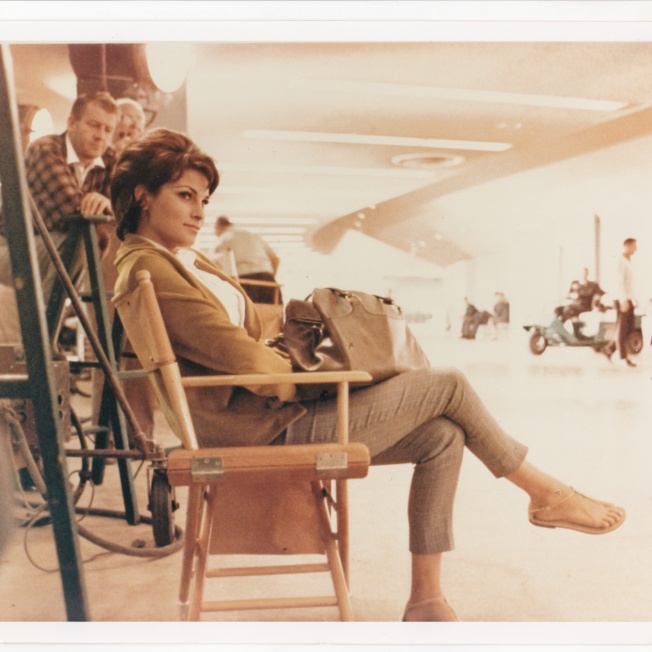 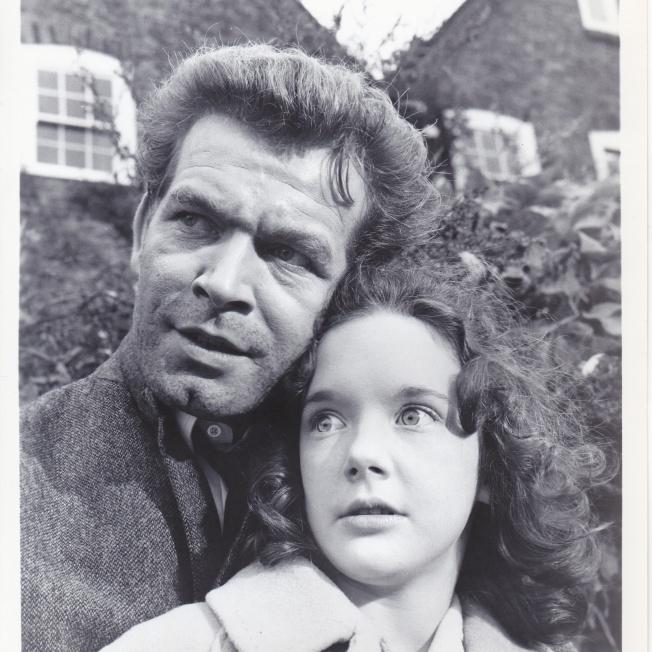 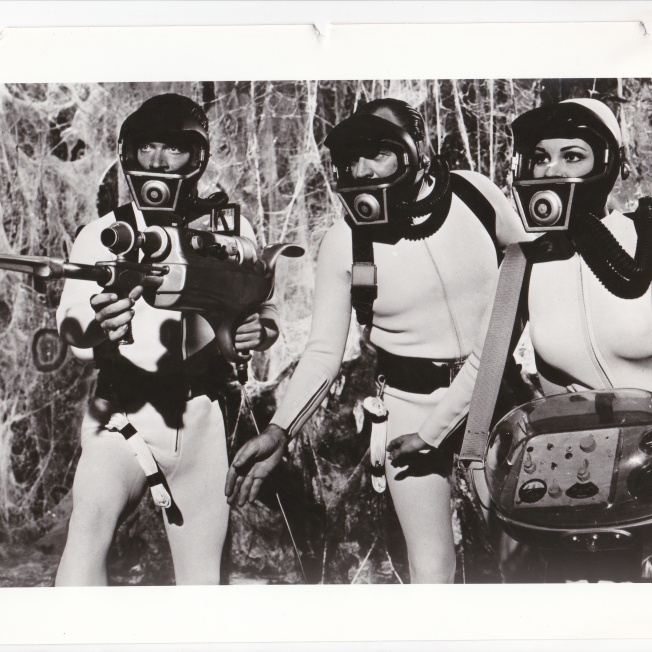 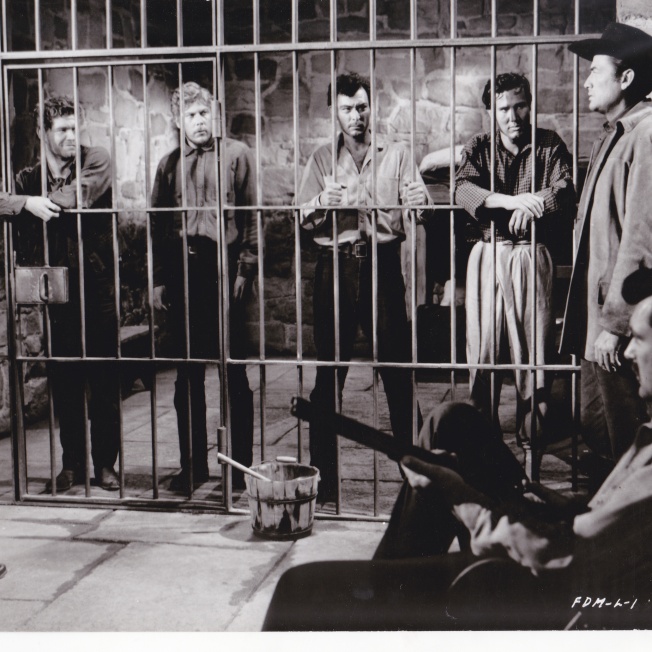 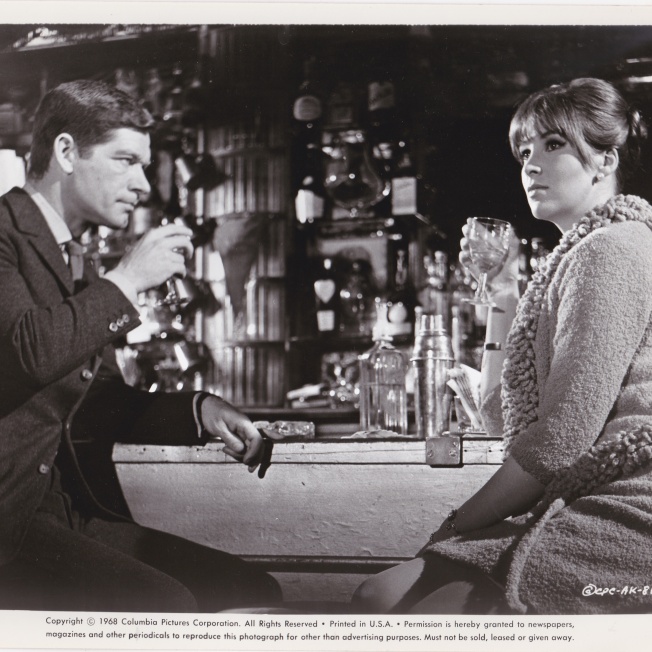