The Night Heaven Fell is a sexy, lusty, Spanish love triangle directed by Roger Vadim in luxurious CinemaScope! Brigitte Bardot personally handpicked Stephen to be her co-star. The story goes that when Stephen first met Brigitte in her Paris apartment along with her soon to be ex-husband Roger Vadim, she greeted him completely naked and gave him a big hug. Startled, all Stephen could say was, “I’m Stephen Boyd.”

As far as the movie goes, Vadim does a marvelous job highlighting the visceral physical chemistry between Boyd and the French sex-kitten. Of course Bardot’s derriere is highlighted frequently as well as Stephen’s muscular, lean body. Vadim films the pair like two wild cats going after each other. It’s probably more of a lust story than a love story! Stephen also has great chemistry with the older but still very stunning Alida Valli. “As the simmering aunt who carries a load of hate, Alida Valli is sharp and vital and Mr. Stephen Boyd plays the homme fatale with a trenchant primitiveness.” (Pittsburgh Post Gazette July 24 1958). Stephen’s character is the archaic ‘stud’, driving normally sane women mad with passion. As the symbol of male fertility, he is often photographed adjacent to the wild, masculine bulls of the Spanish arena. In one particular shot, Vadim films a slain bull being dragged through the city streets, interspersed with shots of a handsome, ‘bull-like’ Boyd backing up against the street wall, just as dangerous as the bull  – and just as doomed!

The movie was filmed simultaneously in three languages–English, Spanish and French. There are some very memorable moments in this movie. Yes, it’s overly melodramatic, but so, so gorgeous. The Boyd/Bardot bedroom scene is electric, and the Boyd/Bardot hungry tussle in the dust, followed by more lust-making, is another highlight. The photos from this struggle made for vivid sadomasochistic imagery which ended up being heavily used for the movies exploitation material.  Bardot’s clothes are basically tatters by the end credits.

This movie also jump-started Boyd’s Hollywood career. When it came out (as with all Bardot movies at the time), it was shown as an adult-only film – basically an X rated movie.  So by early 1958 Stephen was suddenly famous for having starred with the universally famous Brigitte Bardot! 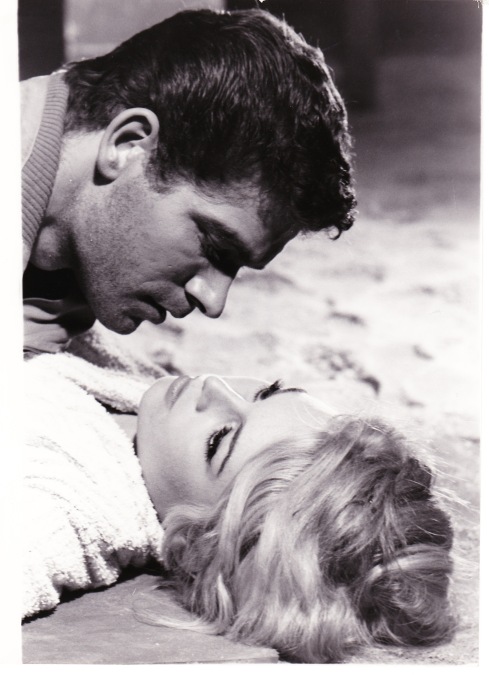 *Above photo from the Edward Quinn photo collection* 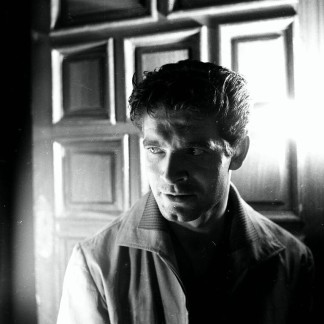 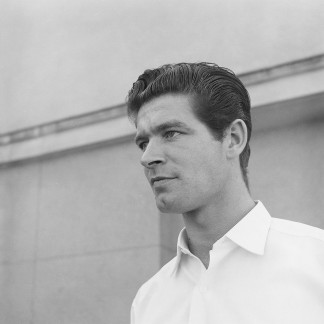